We updated our ReportFires web app in last Friday, 13-August-2021. 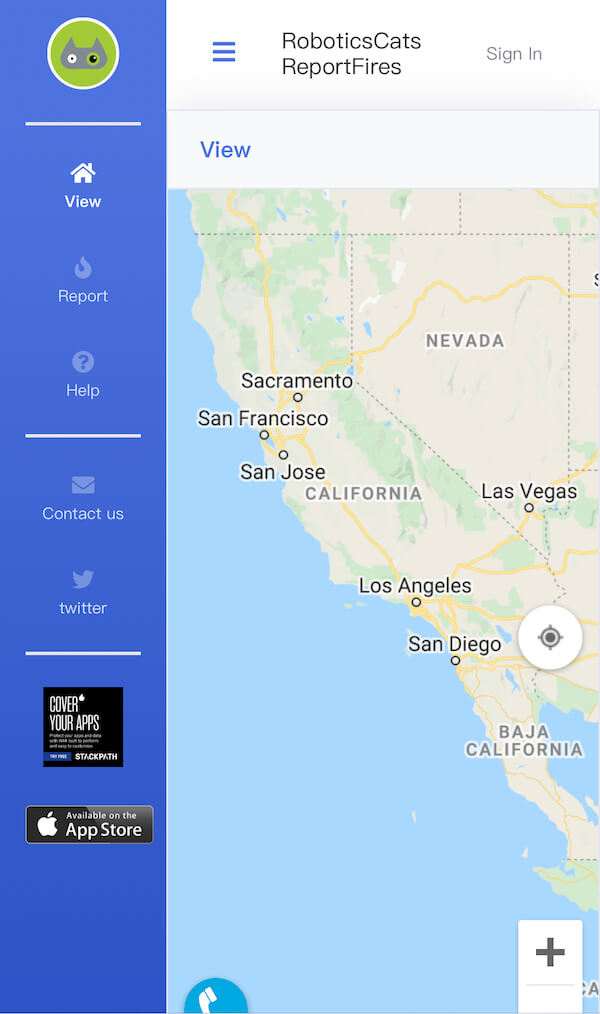 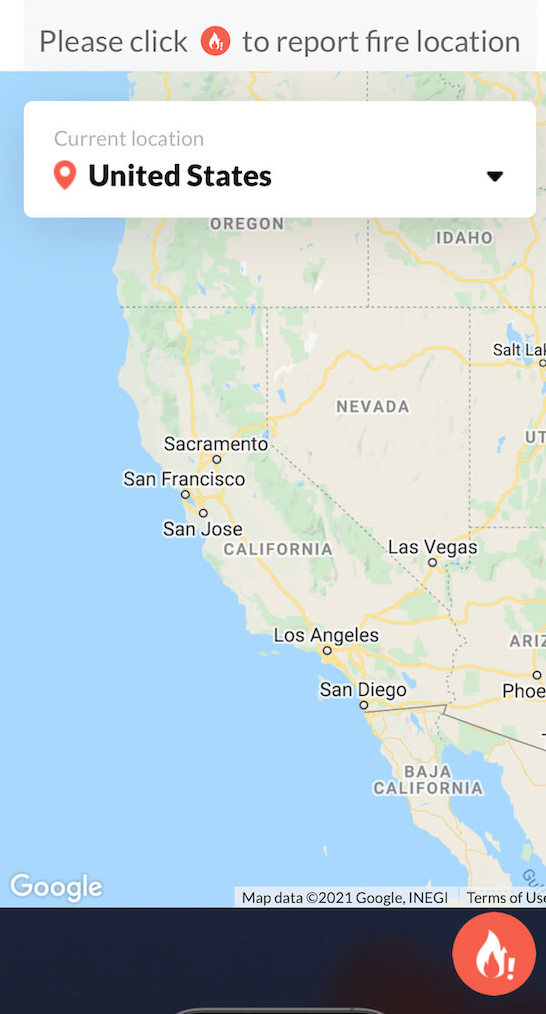 There are three components in our latest wildfire reporting/detecting software toolset:

a. provides an intuitive and easy-to-use web interface for users to report wildfire locations. Three clicks, maybe a pinch-to-zoom, to report a wildfire. All on the same single webpage. That’s all! 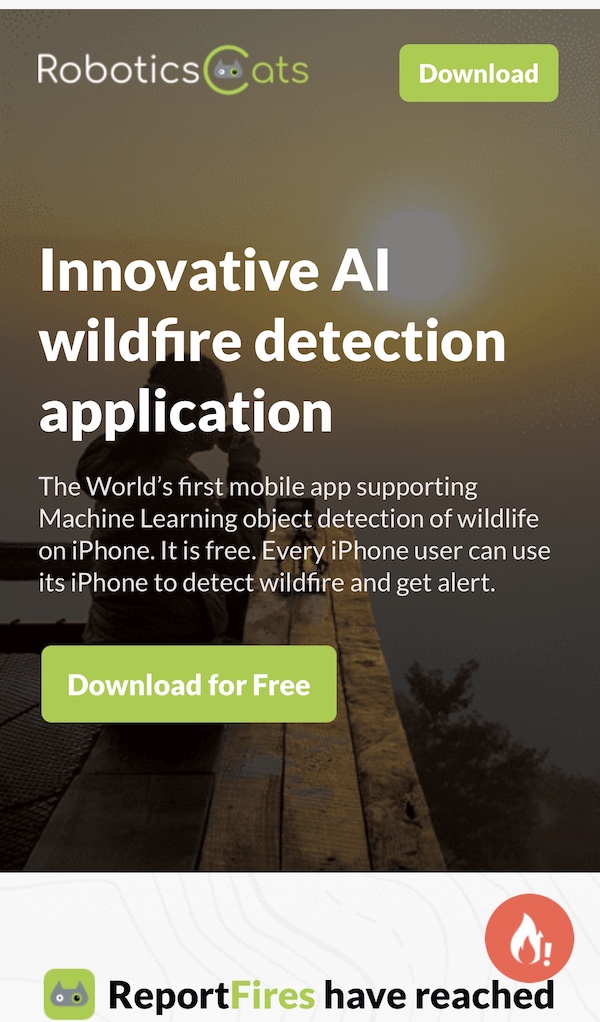 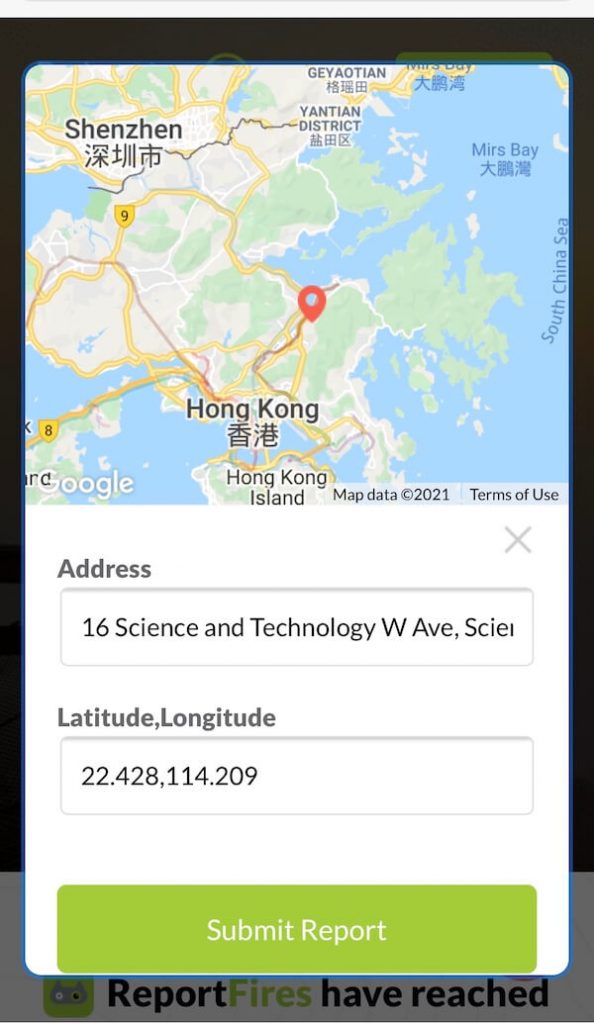 b. introduces the ReportFires mobile app to new users,  and drives app download and usage! 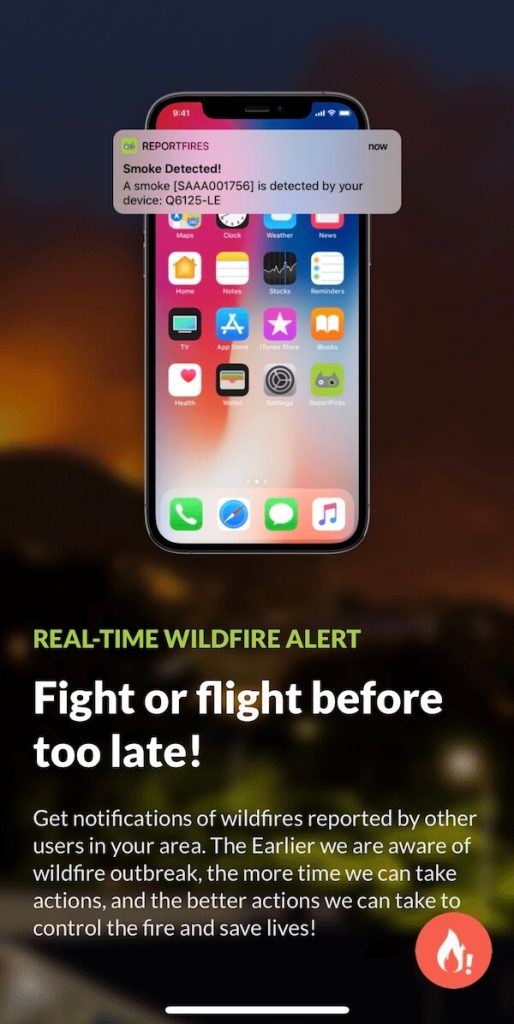 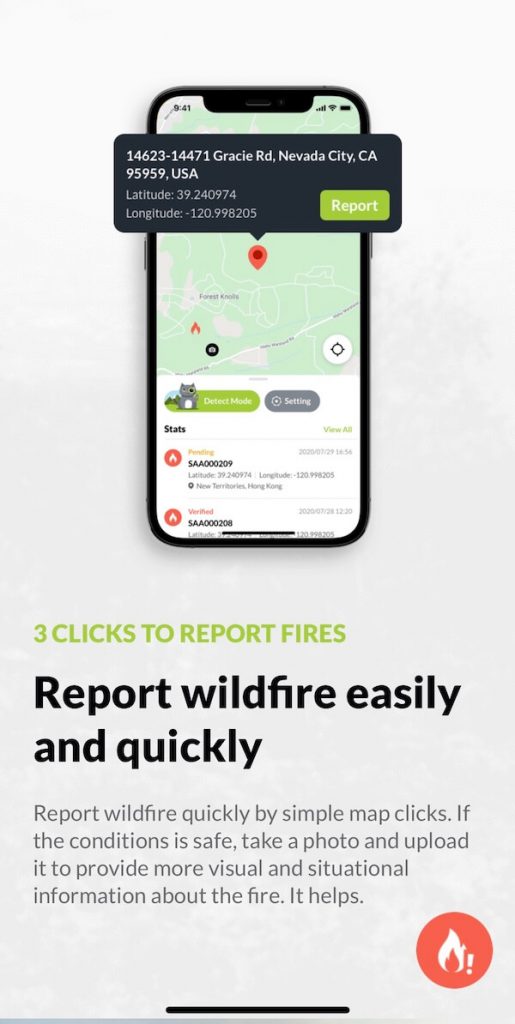 3. LookOut wildfire detection service: our 24/7 cloud-based AI wildfire detection will detect wildfire in the image streamed from standard surveillance cameras. LookOut sends detection alerts via the ReportFires app and email. You can turn on the LookOut service on your camera in a couple of minutes. It just works. It works now. (More about LookOut in the coming blogposts).

One and a half years ago, in February 2020, we worked with our programmer in Taiwan to develop the ReportFires system. It was right after the COVID-19 global outbreak. The goal was to provide a software-only tool to help people mitigate wildfire risk. We launched the first generation ReportFires – the web app – in March 2020.

We then launched the second generation of ReportFires – the iOS app – in October 2020. (Thanks to all backers of our Kickstarter crowdfunding campaign!).

After another ten months, we are going to launch the third generation of ReportFires – enhanced web and mobile apps – in August 2021. Both ReportFires iOS and Android apps support our new LookOut wildfire detection service.

We hope you don’t need to use the ReportFires apps. We believe you will find the new tools useful when you need them.