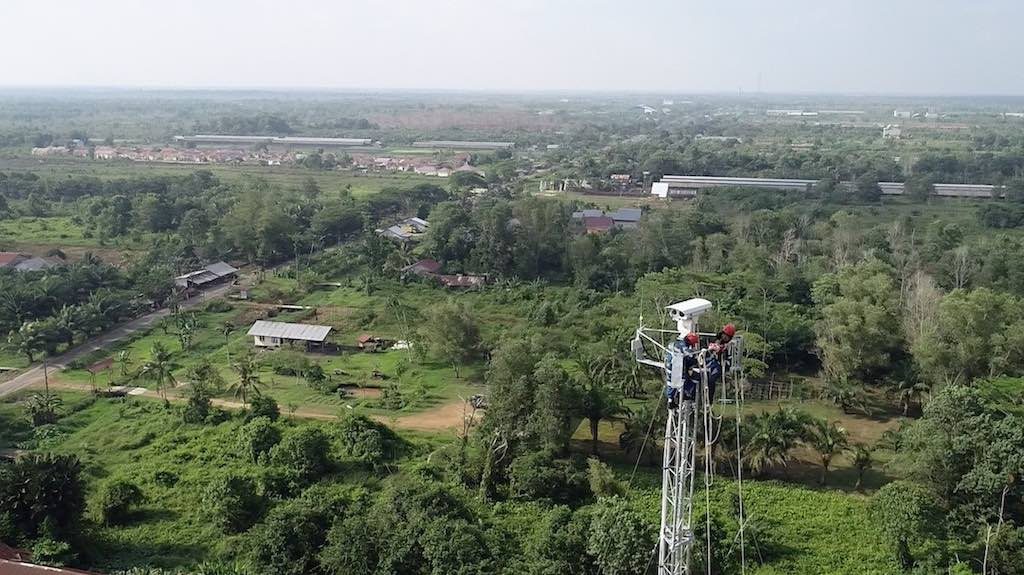 Indonesia, a beautiful country that is known as the Emerald of the Equator due to its vast area of wild forest spread across the country. As of 2010, 73% of Indonesia, about 137 million hectares, was natural forest cover1. Several endemic species of animal and plantation also can only be found in Indonesia. For animals, we all know about the Orangutan, Sumatran Tiger, Sumatran Rhinoceros, Bird of Paradise and The Asian Arowana. Meanwhile, for plantation, we also know about the Moon Orchid, Jasmine, Javanese Edelweiss, Rafflesia Arnoldi and also The Titan Arum.

All these natural treasures are facing increasing wildfire risk in the last ten years due to large-scale forest conversion into commercial plantation to grow Palm Oil, Rubber, Acacia, and Eucalyptus, etc.  25 million hectares  of forest areas were  damaged said Myrna A Safitri as Deputy Chief of Education, Socialization, Participation, and Partnerships from Badan Restorasi Gambut (BRG) or Peat Restoration Agency. 800,000 hectares of damage are located in Riau Province alone.

Those peat soil has been drained so it can be planted. This kind of action had made the peat soil that originally a wet soil become dry and easily get burnt. The dry peat soil is very difficult to restore and it needs time to absorb the water. The burning of this dry peat soil was the main cause of heavy haze that generated in the 2015 forest fire which had polluted not only the Indonesia environment but also their neighbouring countries such as Malaysia and Singapore.

Understanding this condition the Indonesia government has made several efforts in preventing the same incident from happening again. Badan Restorasi Gambut (BRG)established some new regulations and punishments for those parties that intentionally burn the land to do the land clearing. There are new regulations to support the use of wildfire detection systems.

The Ministry of Environment and Forestry in 2017 had decided to deploy Insight Robotics InsightFD wildfire detection across Indonesia – Sumatera, Kalimantan, Jawa, and Sulawesi Island.  Some InsightFDs are deployed in Riau recently for early wildfire detection. By having InsightFDs within their wildfire high-risk areas enable them to detect the fires as early as possible with highly accurate fire locations, all these help them to better coordinate with the firefighters and hence to suppress the fires more effectively.